This is arguably the most powerful film about the wars around the world in recent periods spanning Sri Lanka, Iraq, the Arab Spring in Libya, and especially the devastation in Homs, Syria where in reality the entire country has been destroyed.

It’s told from the Press perspective of War Corespondent Marie Colvin of the London Times, played brilliantly by Rosamund Pike.  Also pivotal is Jamie Dornan as the war photographer Paul Conroy.  What was especially of note was the number of nonprofessional actors and actual Syrian refugees and how some of the scenes prompted latent reactions to scenes of mass burials and such.

It is rated R for disturbing images of violence, language and brief sexual nudity.  We caution parents, this is not a film for children.  It is very authentic and often heartbreaking.  It is listed as a Drama and runs 106 minutes. 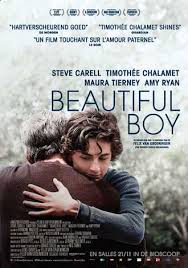 This film wastes no time getting to the core topic of teenage drug addiction.  In this case specifically crystal meth.  The frustrating part was watching the rapid fall from normality the lead character makes from excellent student, well respected and engaged in all things High School to the brink of death itself.

This film is rated R for drug content throughout, language and brief sexual material.  It is not appropriate for children.  It is listed as a drama with a run time of two hours.

Oh my…where to start?!  One comment caught our attention:  “Overload is the Wolfenstein film we always wanted – but never knew we needed.”  That said, it’s mostly an action spy film where American paratroopers are trying to destroy a Nazi base during World War II.

To be sure, it is also a horror film where the Nazis operate a secret lab where they have created a zombie army.  This twist makes the film completely whacky.

Apparently the movie is partially based on a 1981 software program.  It was perfect for a $5 Tuesday showing at our local theater.  That said, we were surprised to see the same film was released on IMAX.  We cannot even imagine that experience.

The film is rated R for strong bloody violence, disturbing images, language and brief sexual content.  It is listed as Action & Adventure, Horror, Mystery & Suspense.  No children should be allowed to see this film.  The run time is 109 minutes.  By the way…J.J. Abrams is the Producer! (That should explain a lot…)